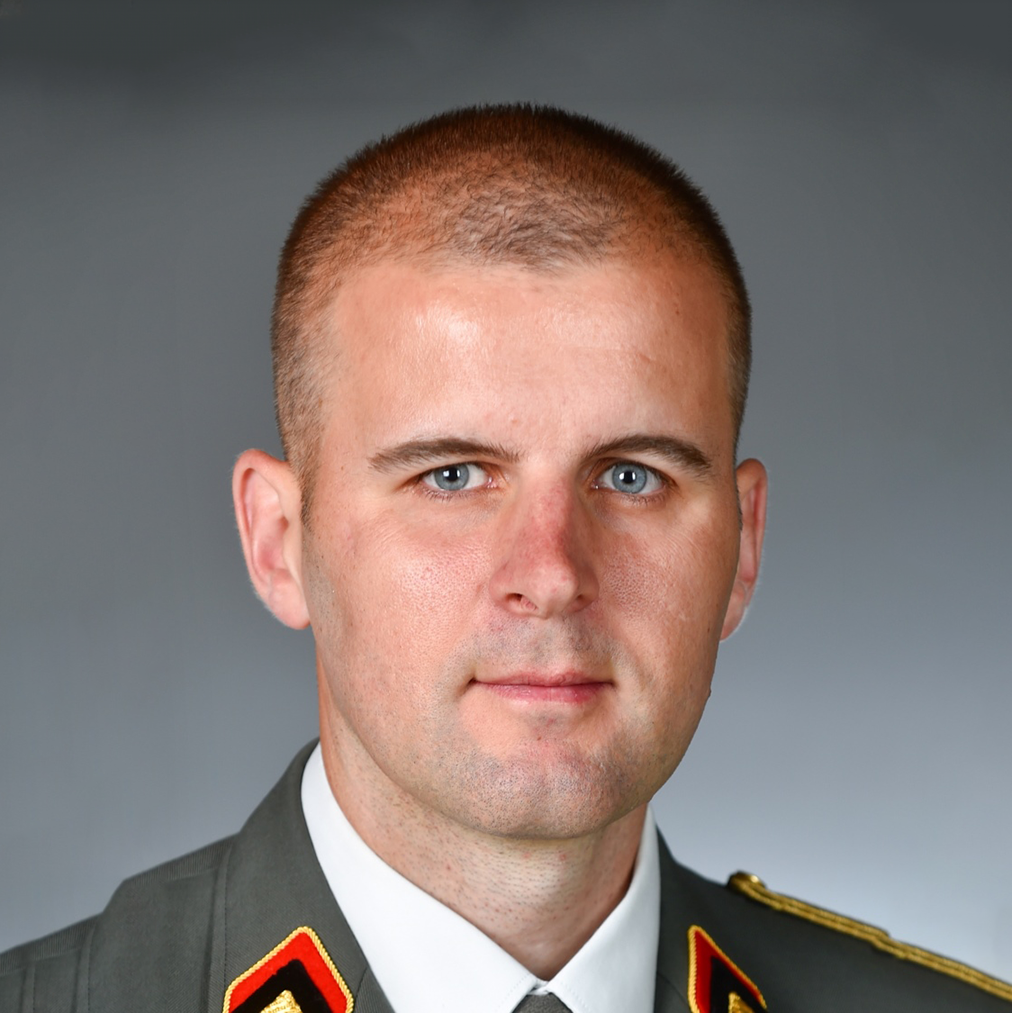 Colonel (GS) Dr. Markus Reisner, PhD is a General Staff officer serving in the Austrian Armed Forces. He attended the Theresian Military Academy in Wiener Neustadt from 1998 to 2002. He then served in the Reconnaissance Battalion 2 in Salzburg until 2004. The following ten years he served in the “Jagdkommando”, the Special Operations Forces unit of the Austrian Armed Forces. He was deployed several times in conflict zones and spent significant time in the Balkans, Afghanistan, Iraq, Chad, Central Africa, and Mali. He studied history (Dr. phil) and finished a second dissertation (PhD) in “Interdisciplinary Legal Studies” (Faculty of Law/University of Vienna). Since 2017 he has been a member of the Military History Advisory Board of the Scientific Commission of the Austrian Federal Ministry of Defense. From 2017 to 2018, he was an adviser in the Cabinet of the Austrian Federal Ministry for Europe, Integration, and Foreign Affairs. From August to December 2018 he served in the Military Policy Division of the Austrian Federal Ministry of Defense. He is currently serving at the Theresian Military Academy in Wiener Neustadt as Head of the Research and Development Department. He is the author of several books and articles covering military history and the future of war.

Markus Reisner on the Schedule 2022